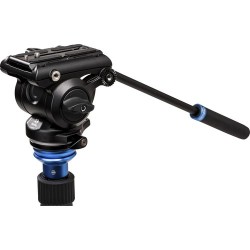 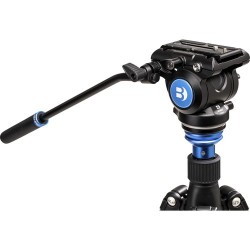 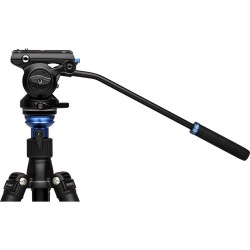 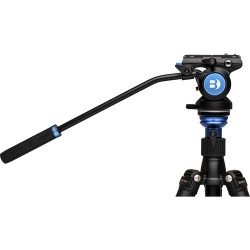 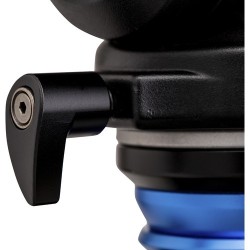 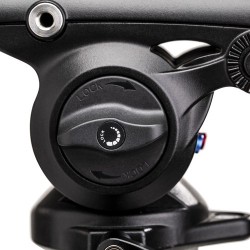 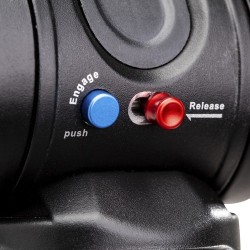 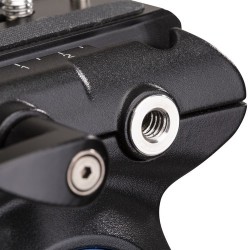 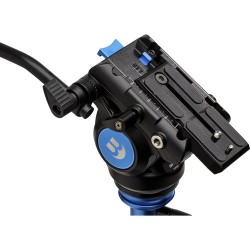 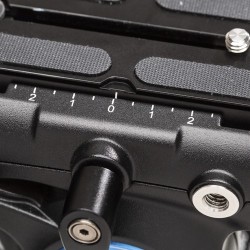 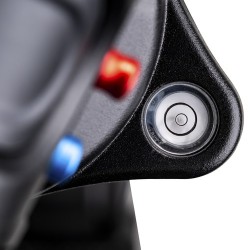 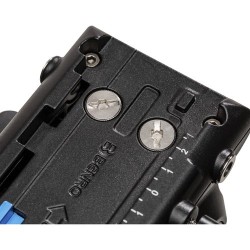 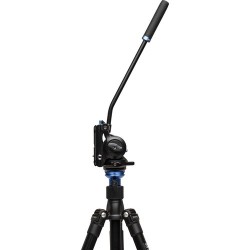 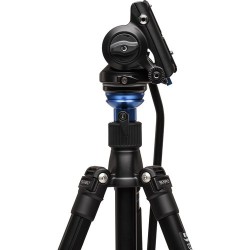 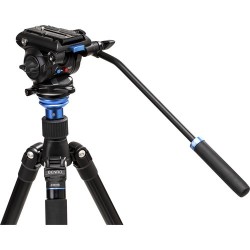 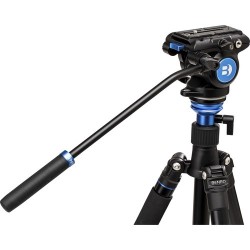 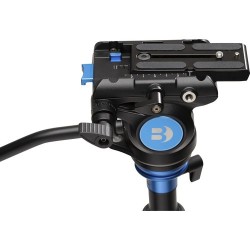 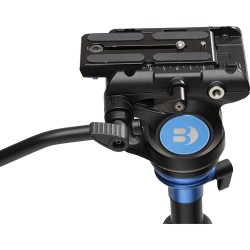 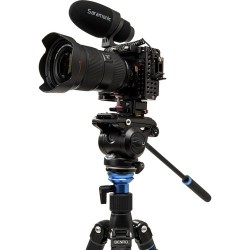 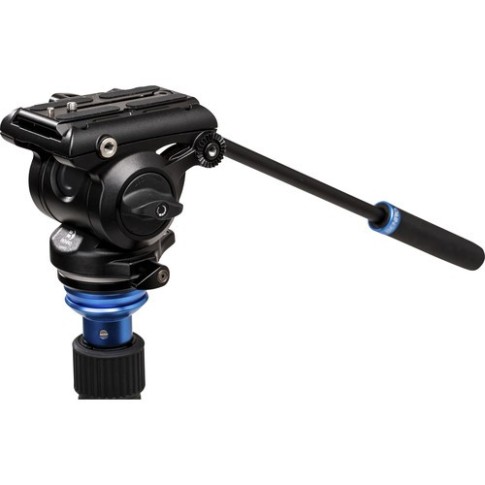 The Benro S4Pro is a compact fluid video head ideal for mirrorless and DSLR camera setups weighing up to 8.8 lb. Featuring a 60mm flat base with a 3/8″-16 threaded hole, it can be used with matching 60mm flat base tripods and tripods with flat base adapters. At the same time, thanks to the flat base, it can be mounted on sliders, jibs, monopods, and other support gear. It can efficiently be moved between such gear.

The S4Pro is natively set at 1 step of counterbalance. At the push of a button on the side of the head, an additional step is added to total 2 steps. Next to that button is a release switch that takes you back to 1 step. There is no zero setting. The head features fixed pan and tilt drag and has independent pan and tilt locks. The tilt range is +90/-75°, and the pan range is a full 360°.

Some parts of the head are made of magnesium and other parts of aluminum. Virtually the entire head, including its knobs, is made of robust yet lightweight metal. A pan bar is included that can be attached to a rosette adapter on the left or right side of the head, for left- or right-handed users. A camera plate is included that can be adjusted forward/backward to let you find the optimal balance for your camera. A safety lock on the plate ensures that once mounted, the plate won’t slip out if you move it in either direction too much. Two camera screws are supplied—1/4″-20 and 3/8″-16—that can be stored underneath the camera plate on the head itself, in dedicated slots. For attaching accessories, there’s a 1/4″-20 threaded hole on each side of the head to which you can secure articulating arms.