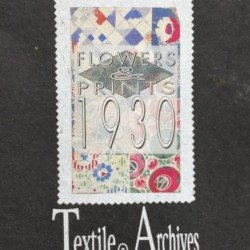 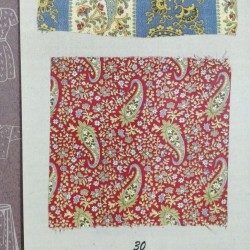 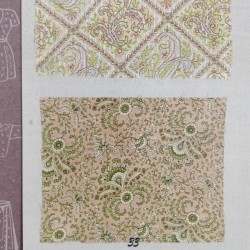 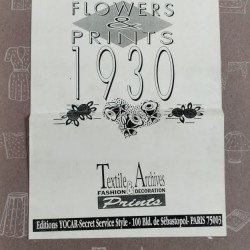 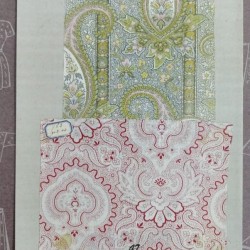 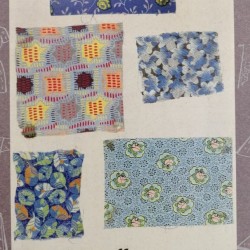 Serious painters in every cra hate applied their talents to tapestry, textiles and wall coverings. Graat artists such as Dürer in the 15th century. Altdorfer in the 16th, and Fragonard, J.B. Huet and Pillement in the 18th didn’t feel they were lowering themselves when they designed fabrics or a domino – the forerunner of modern wallpaper

Later, during the 19th century, some carried their artistry in the areas of fabric, decorative objects and wall coverings to new heights. These included talented Englishman William Morris, and Italo Spanish Venetian Fortuny.

Nearer to our own time we find the prestigious Piet Mondrian, Le Corbusier, Raoul Dufy. Frank Lloyd Wright, Marie Laurencin, Sonia Delaunay. Henri Matisse, Salvador Dali, Joan Miro, Renoir, Vuillard, K. Appel, Andy Warhol and Georges Mathieu painters, sculptors and architects who designed fabrics wall papers and tapestries, and who were proud to know their seminal works served as an influence on the more modest talents who in turn sold their own designs to industry.

Some, such as Sonia Delaunay and Raoul Dufy, have left behind a major body of work in these mediums that has often been the object of highly regarded formal exhibitions.

But among those more modest talents we find many Jewish artists who, during the two decades following World War I, fed pogroms and political upheaval in Central Europe, and revolution in Russia, and who survived by working in the Textile Industry, Unfortunately their names are lost, but their work reminds us that they were excellent painters and draughtsman who skillfully reproduced the major artistic trends of their time.