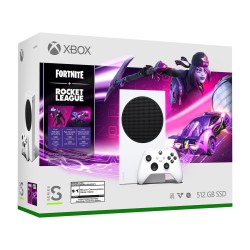 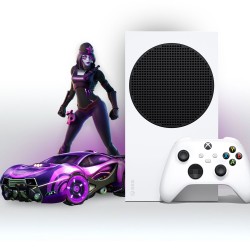 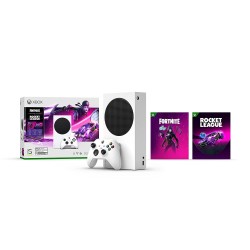 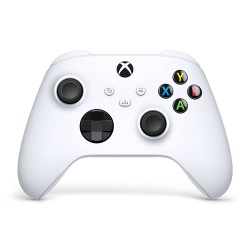 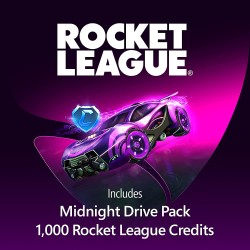 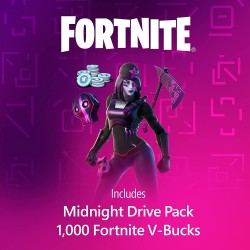 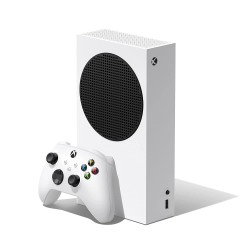 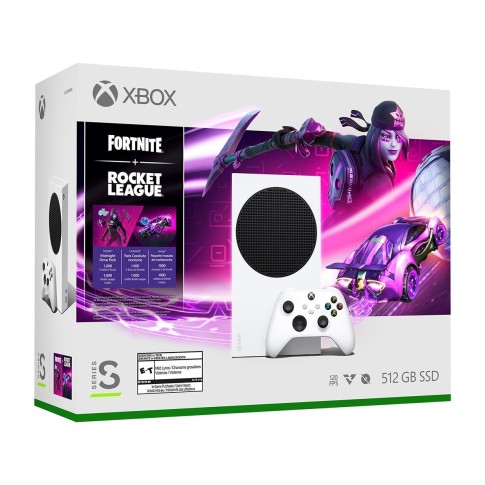 Get 1,000 V-Bucks to spend on favourite items in Fortnite Battle Royale mode and more. Get 1,000 Rocket League Credits and build Blueprints, upgrade to Rocket Pass Premium, or purchase most-wanted content from the Rocket League Item Shop. 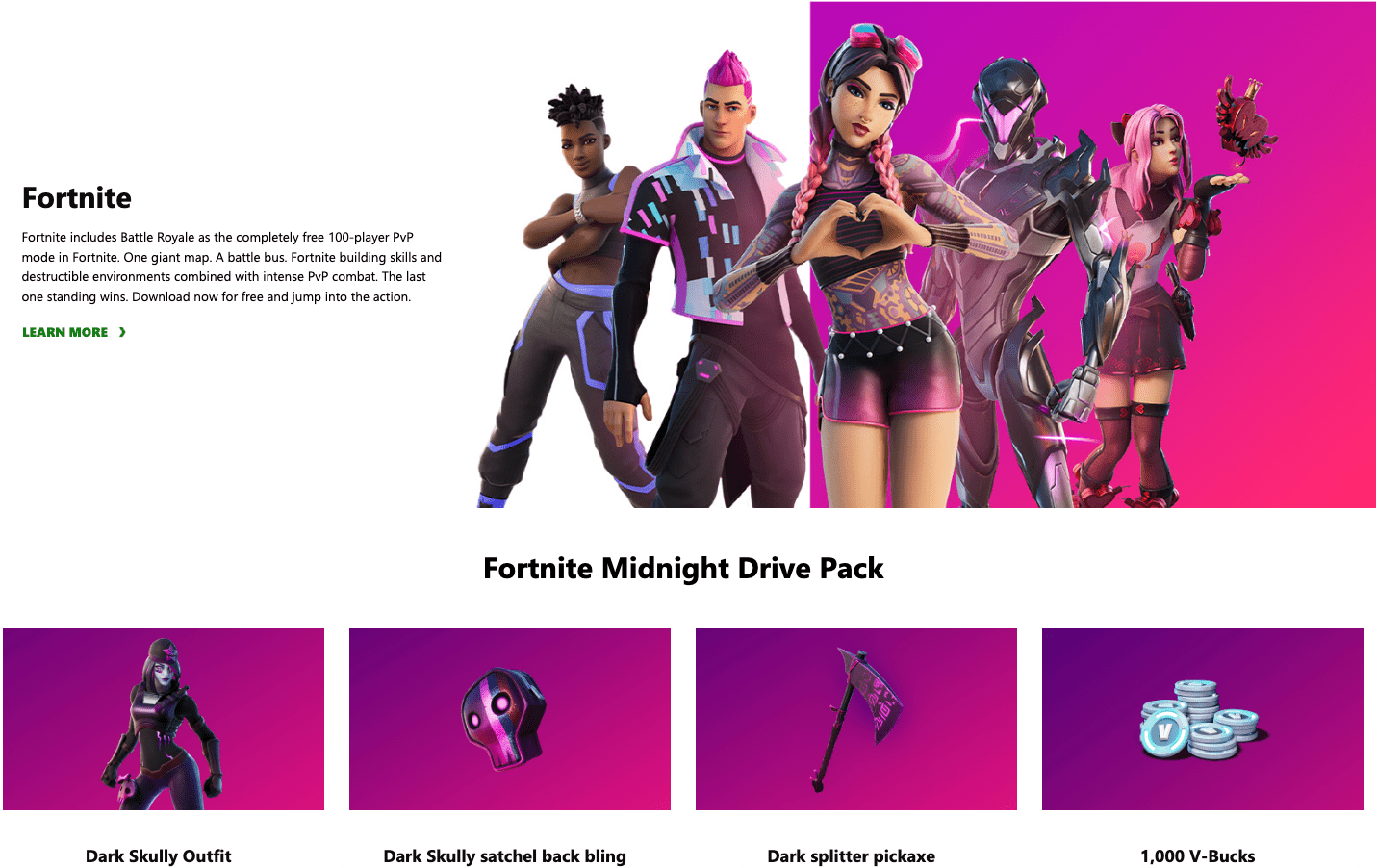 Quick Resume: Seamlessly move between multiple game titles and resume instantly from where you left off

Expanding game library: Whether you’re looking for a day one launch title, one of over a hundred favourites in the Xbox Game Pass library, or any of thousands of backward compatible classics, there is always something to play on the all-digital Xbox Series S.

With the Midnight Drive Pack for Fortnite, you can customize your avatar with the Dark Skully outfit, Dark Skully Satchel Back Bling, Dark Splitter pickaxe, and 1,000 V-Bucks to spend on favorite items in Fortnite Battle Royale and more. 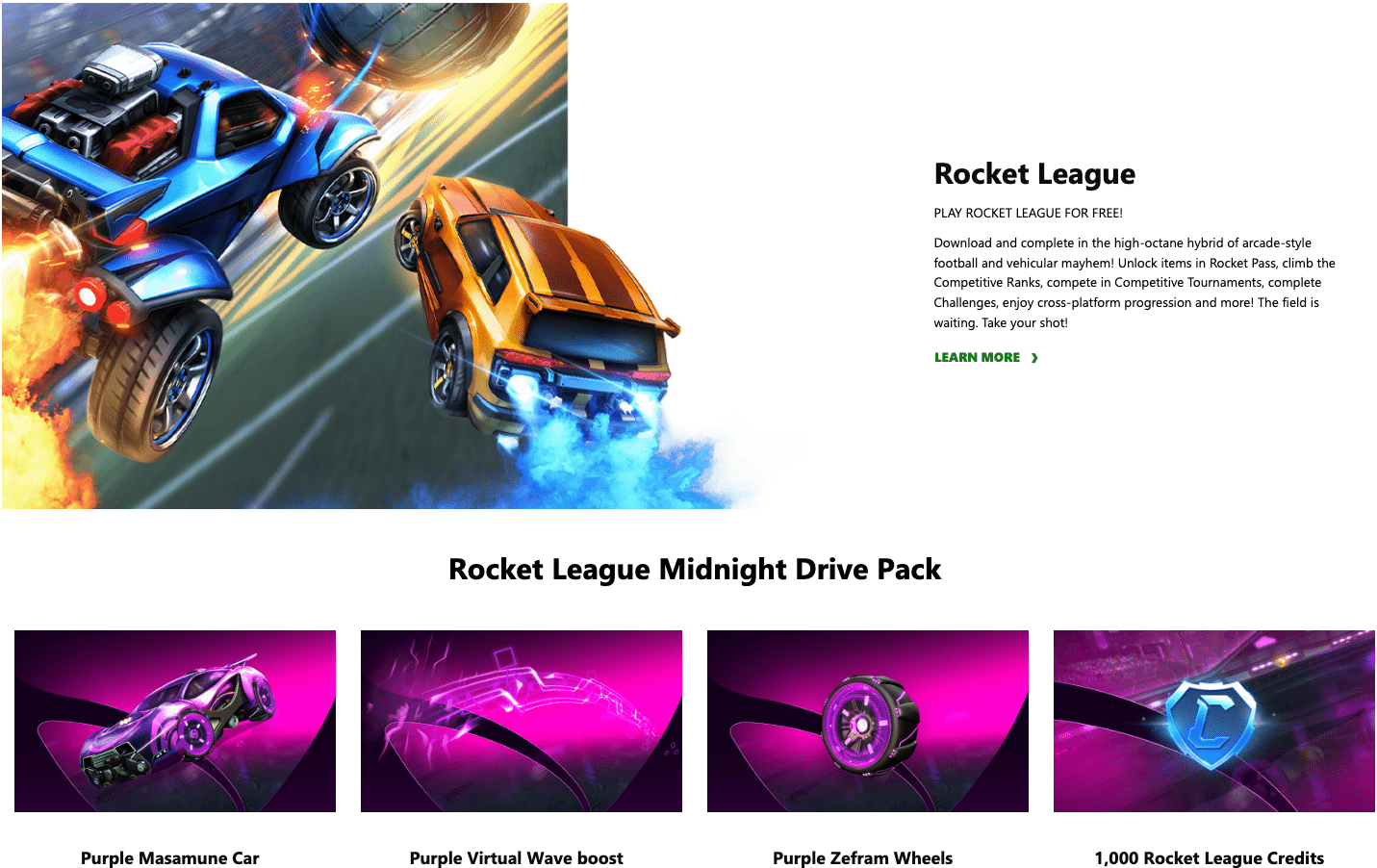 Make the most of every gaming minute with Quick Resume, lightning-fast load times, and gameplay of up to 120 FPS—all powered by Xbox Velocity Architecture.*

Thousands of games ready to play

Enjoy digital games from four generations of Xbox, with hundreds of optimized titles that look and play better than ever.

Discover your next favorite game

When you add Xbox Game Pass Ultimate (membership sold separately), you get an instant library of 100+ high-quality games, including day one releases from Xbox Game Studios like Halo Infinite, Forza Horizon 5, and Microsoft Flight Simulator.