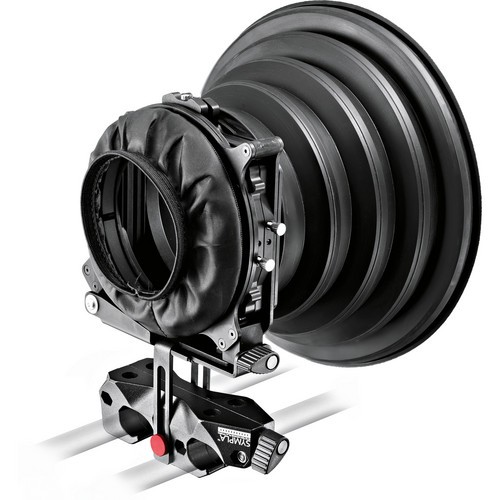 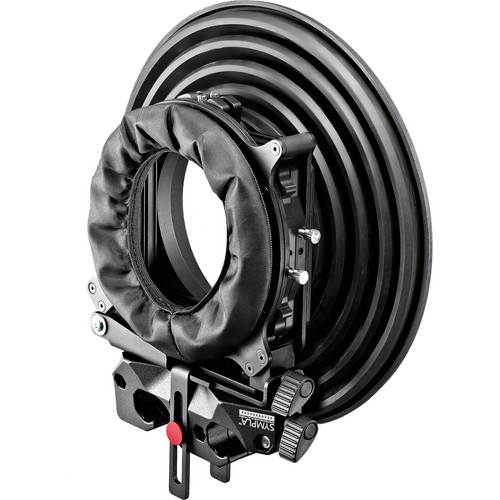 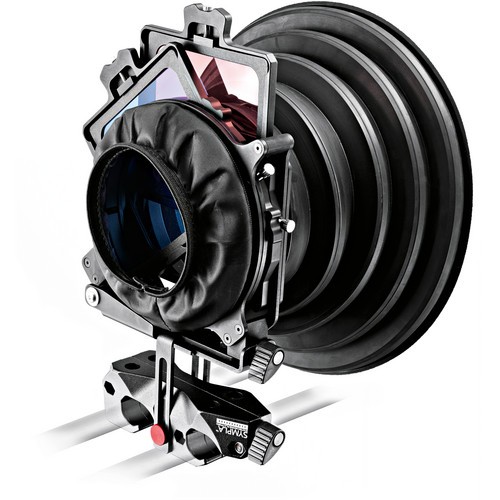 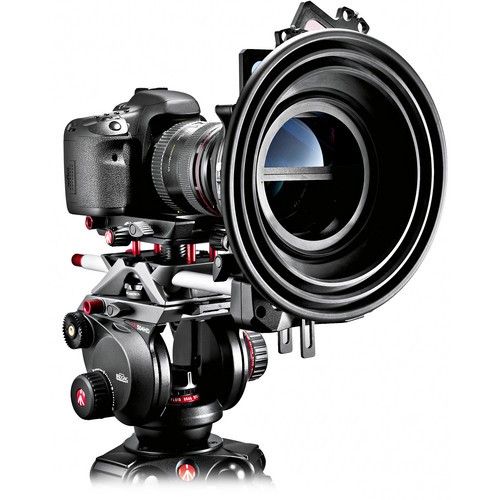 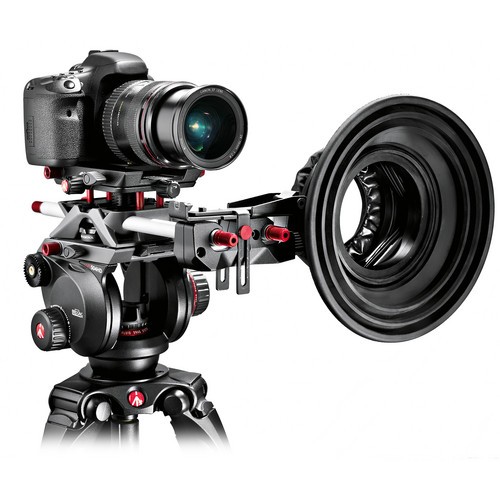 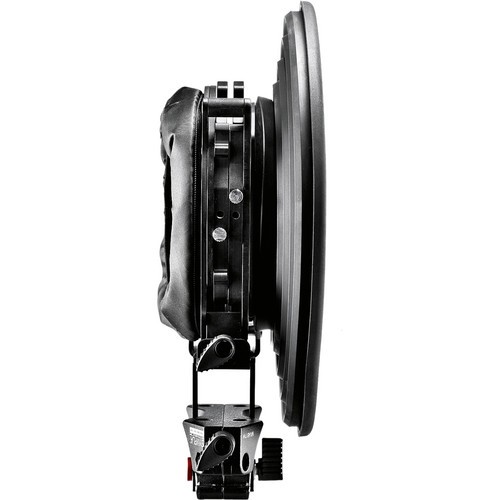 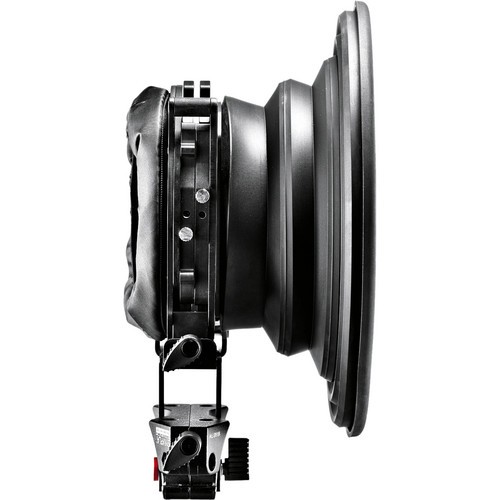 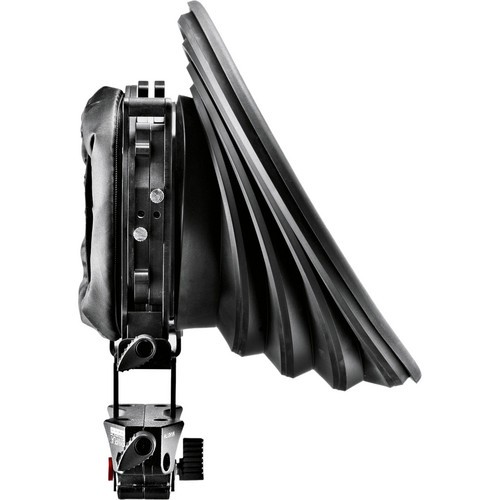 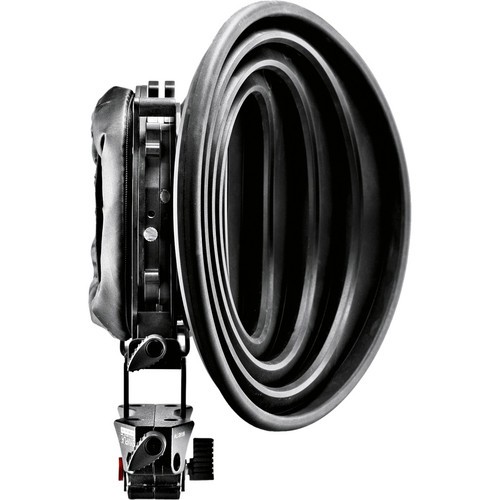 The Manfrotto SYMPLA Flexible Mattebox is an unconventional mattebox that instead of the traditional French flag design, features an accordion-like rubber hood that serves many purposes very effectively. It allows universal compatibility with lenses from wide to long; it can be pressed up against glass — when you need to shoot through glass — to just about completely block out reflections; it protects the lens against knocks and scrapes; it packs flat for transportability.