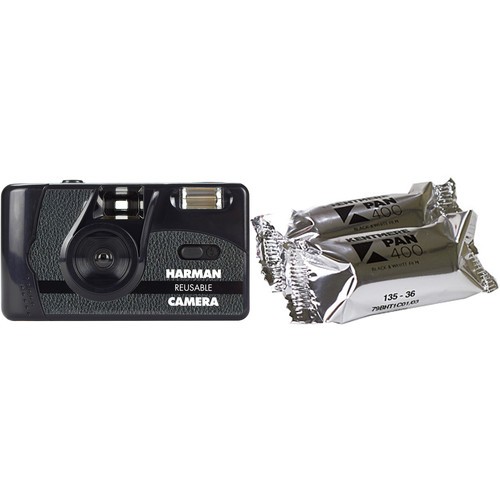 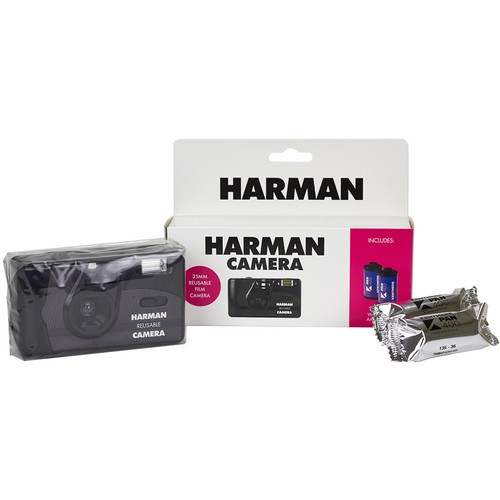 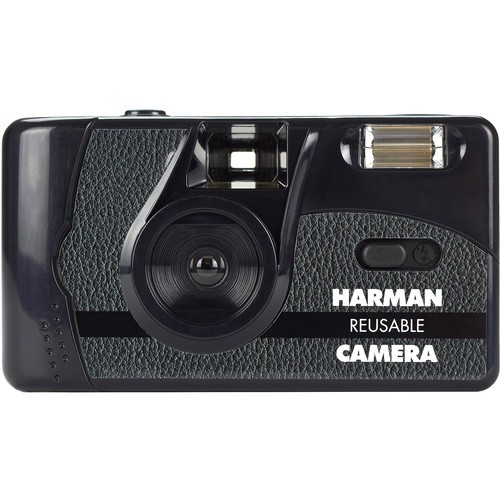 35MM CAMERA BUNDLE WITH 2 ROLLS OF KENTMERE PAN 400 FILM
Film photography in its most simple form, this Harman Reusable 35mm Film Camera from Ilford is a basic and accessible film camera for general use. Resembling a disposable camera, this plastic camera has the added benefits of a reusable design, including a film rewinding mechanism and latched door, and the built-in flash is powered by a replaceable, included AAA battery. The camera also incorporates a fixed-focus wide-angle lens, fixed shutter speed, and a clear window viewfinder for lining up your shots. Additionally, included with the camera are two rolls of Kentmere Pan 400 black and white negative film to get you started shooting.