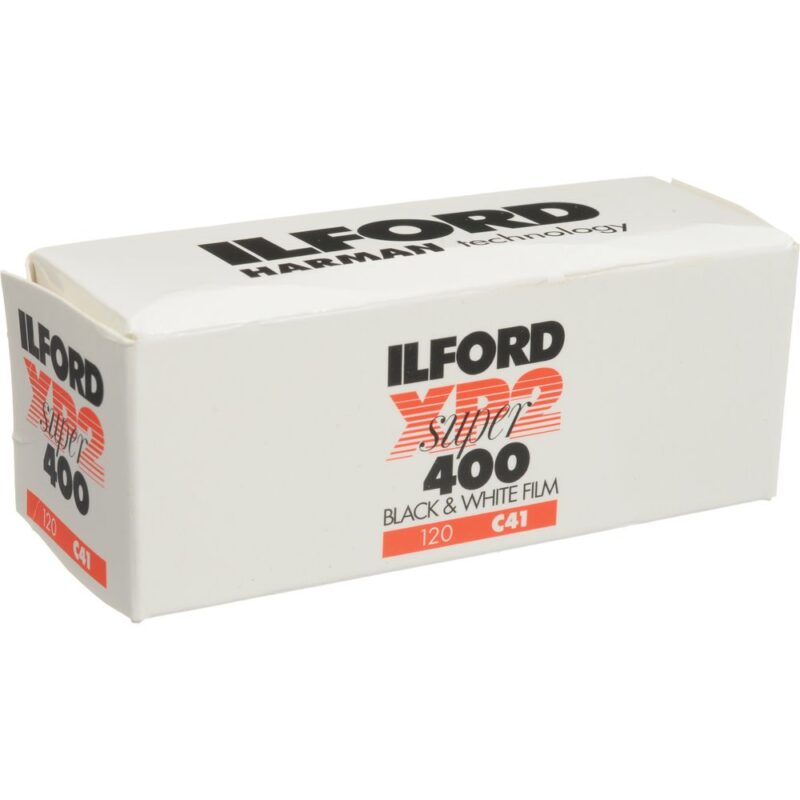 XP2 SUPER BLACK AND WHITE NEGATIVE FILM (120 ROLL FILM)
Ilford’s XP2 Super is a high-speed chromogenic black and white negative film that can be processed alongside conventional color negative films in C-41 chemistry. It has a nominal sensitivity of ISO 400/27°, however can be under- or overexposed in order to adjust contrast as well as the balance of grain and sharpness. When rated at ISO 400, the most neutral balance between a fine grain structure and high sharpness will be afforded. Its wide exposure latitude can also be used to better control highlight and shadow values, as well as an expansive range of middle tones. Additionally, XP2 Super is designed for printing on traditional black and white papers, with Multigrade contrast filters, as well as on RA-4 color papers with maintained print color neutrality.
This item is one roll of 120 format roll film.