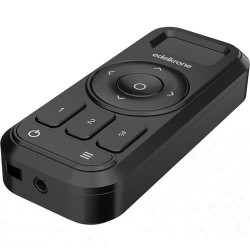 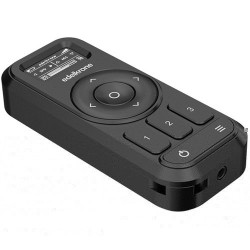 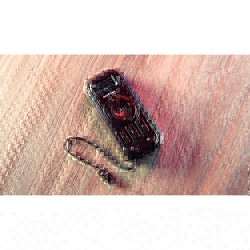 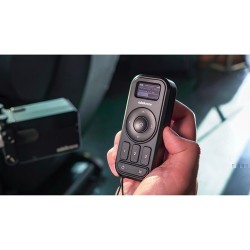 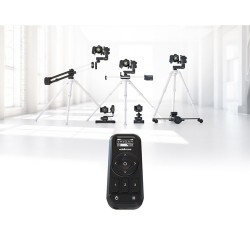 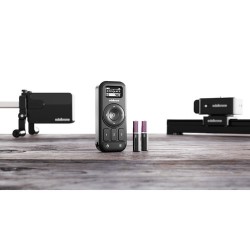 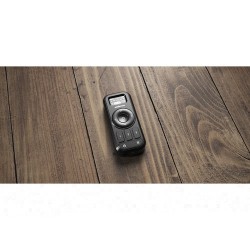 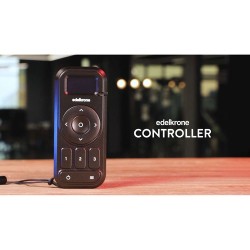 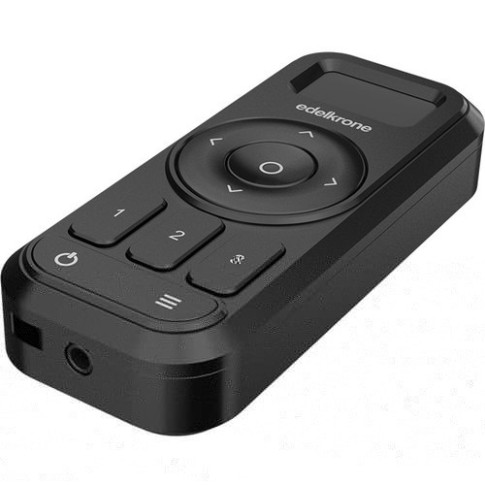 Automate your workflow without the need for an app with the edelkrone Controller. This pocket-sized controller is engineered to work with edelkrone motion-controlled sliders, jibs, heads, and dollies. Simply use the directional pad to move your device into position and press one of the three buttons to record that pose. Press the button again to have the device automatically move to the recorded position.

Positions can also be manually set and recorded with devices that allow for hand control. If you press two buttons together, you get the additional function of the device automatically looping between the poses. For each pose, speed, acceleration, and any axis can be adjusted, such as slide, swing, pan, tilt, and focus.

The controller gives you the ability to easily create smooth time-lapse shots with your motion-controlled device. Enter the duration, shutter speed, and interval with the controller, then set the start and end poses with two of the three buttons. Simply press and hold the select button to begin the time-lapse movement.

The edelkrone Controller works with a variety of edelkrone motion-controlled devices, such as:

Up to an 82′ wireless range

Up to 4.5 hours of battery life