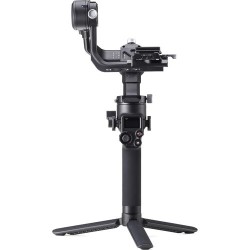 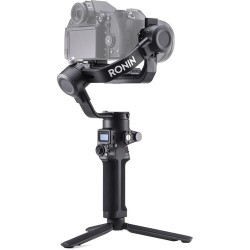 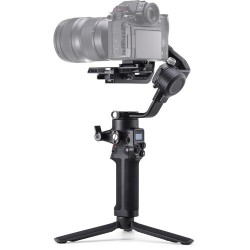 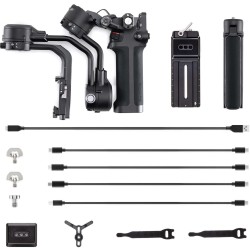 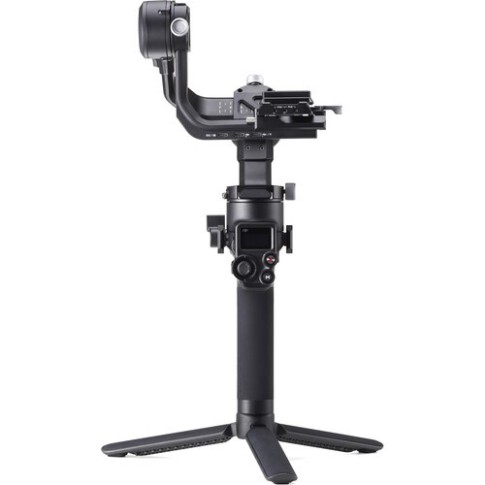 Warranty: 1 Year International Warranty from date of purchase. Directly DJI to be contacted. There is no DJI service center in India.

The motors of the RSC 2 are 50% more powerful than those of the Ronin-SC, which is the predecessor of this redesigned gimbal. A key feature of the RSC 2 is a foldable design that allows switching to underslung mode.

The gimbal head folds down from the gimbal handle, and you can then flip the gimbal around and use it underslung for low-angle shots, without having to attach or detach anything. The gimbal handle remains integrated and has built-in batteries that provide up to a 14-hour runtime. Also, the batteries can be charged via the handle while the gimbal is being used in operation (except in extreme high/low temperatures). The handle supports PD and QC 2.0 fast-charging protocols and can be recharged in approximately two hours using an 18W fast charger, not included. The foldable design of the gimbal also allows for easier transport and storage. 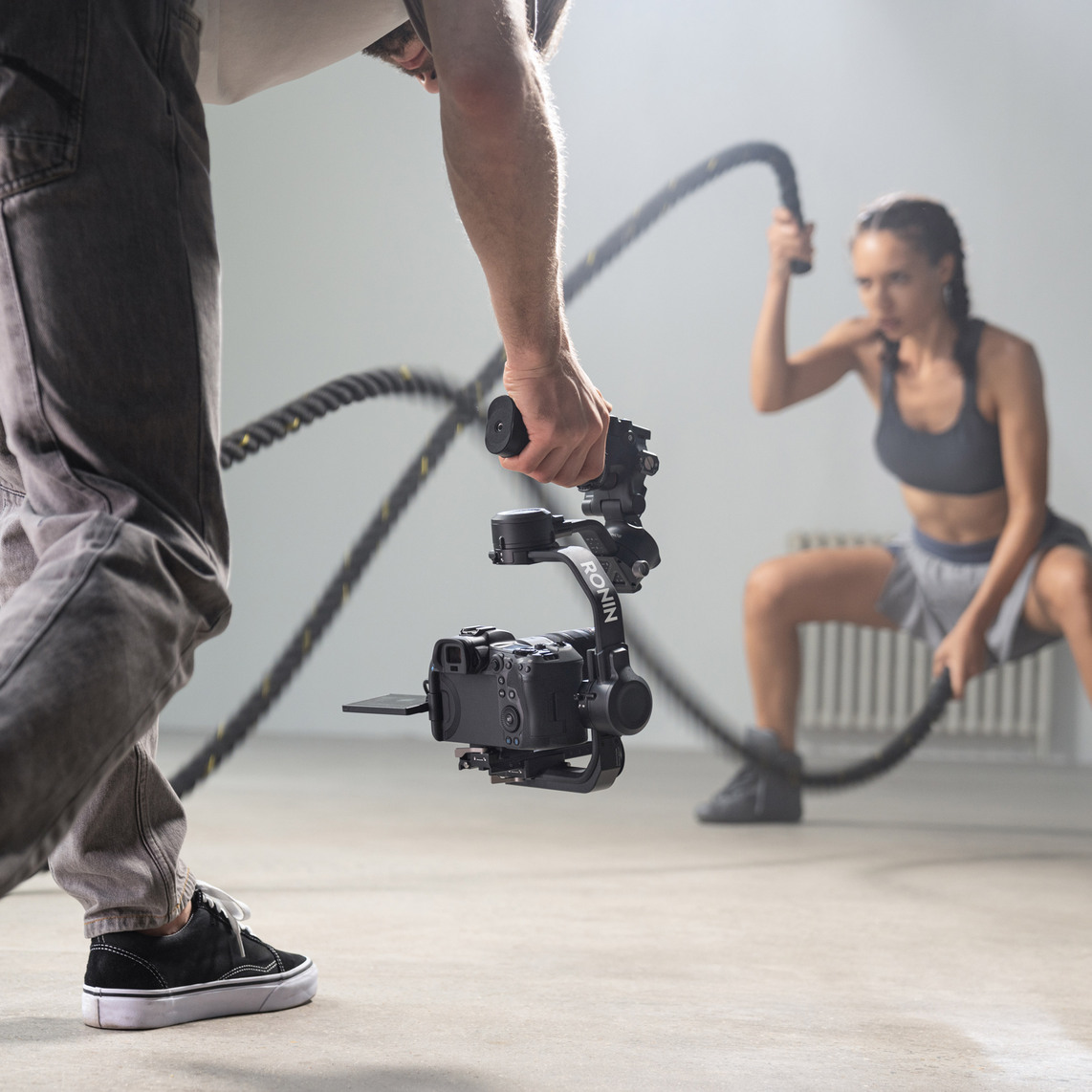 The RSC 2 also features a 1″ OLED black-and-white screen and has a horizontal dial on the front for focus adjustments with the same hand you hold the gimbal with. On each side of the gimbal handle is a NATO mount with M4 threads for attaching dedicated accessories such as an optional briefcase handle.

The RSC 2 uses the DJI Titan stabilization algorithm, an improved version over their previous one that provides better stabilization and fluidity. There’s also a built-in feature called SuperSmooth that complements the algorithm when working with up to 100mm zoom lenses. SuperSmooth compensates for micromovements and increases torque to achieve smooth motion with long lenses. 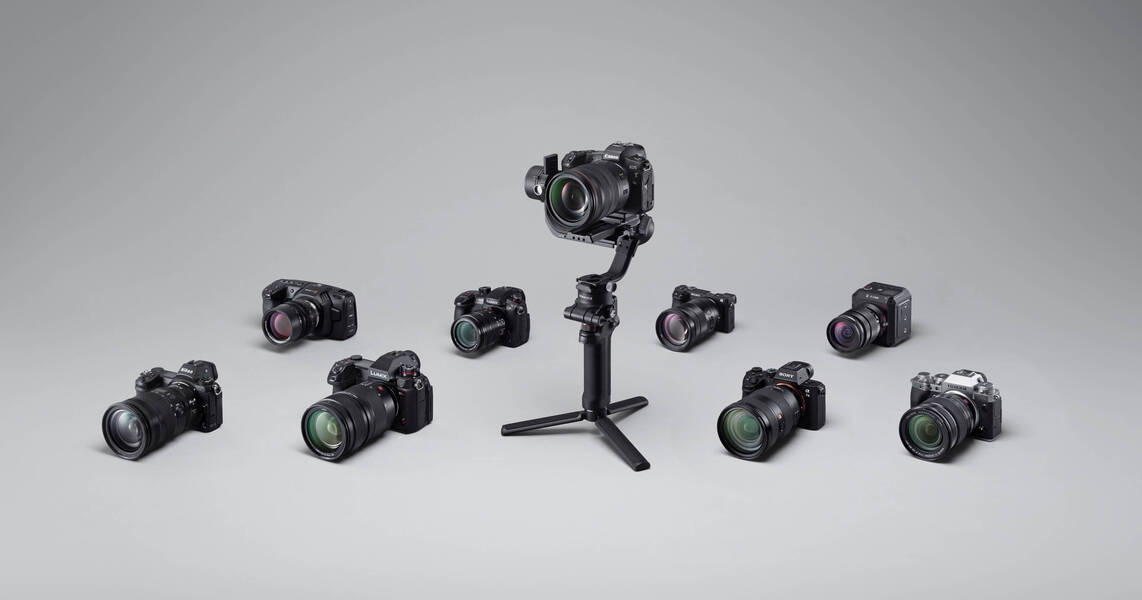 The gimbal has a dual-layer Manfrotto plus Arca-Swiss camera mounting system with two removable quick release plates. For social media content, a tap of a button positions your camera into portrait mode. The RSC 2 allows a total of six different configurations and comes with a companion iOS/Android app that provides access to features such as time-lapse, panorama, and Roll 360, which rotates your camera continuously along the roll axis. The gimbal also supports the optional DJI RavenEye transmission system, which allows for remote 1080p video transmission, ActiveTrack 3.0 subject tracking from the gimbal, and other functions. 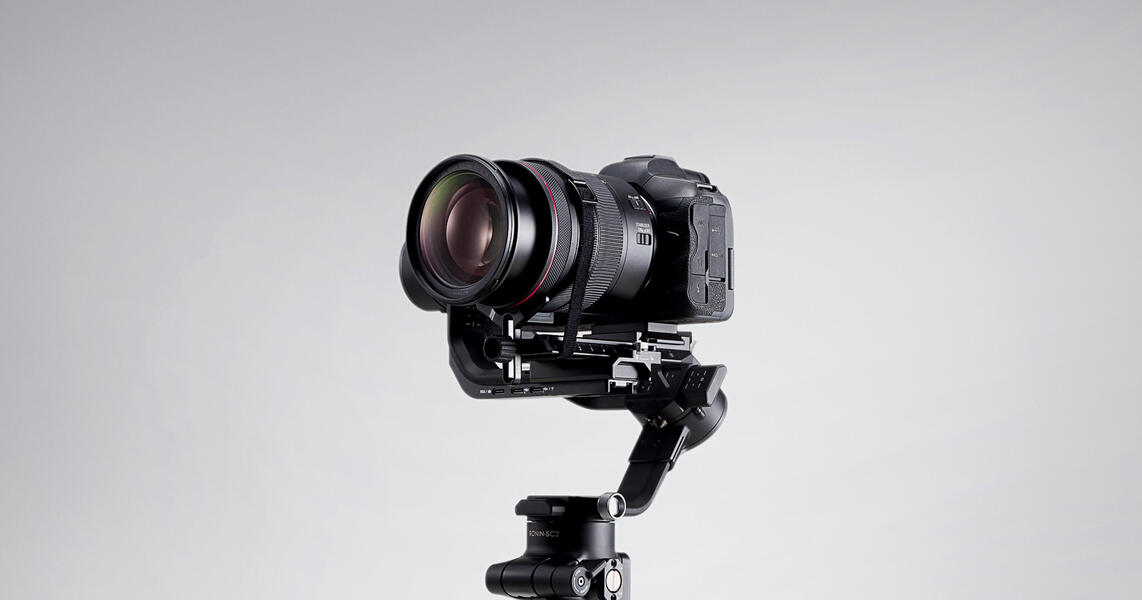 A mini tripod is included with the RSC 2 that attaches to a 1/4″-20 thread on the bottom of the grip handle to function as a stand or an extension handle for two-handed maneuvering of the gimbal for certain shots. Camera control cables are also included that allow for control of select cameras and functions directly from the gimbal controls. 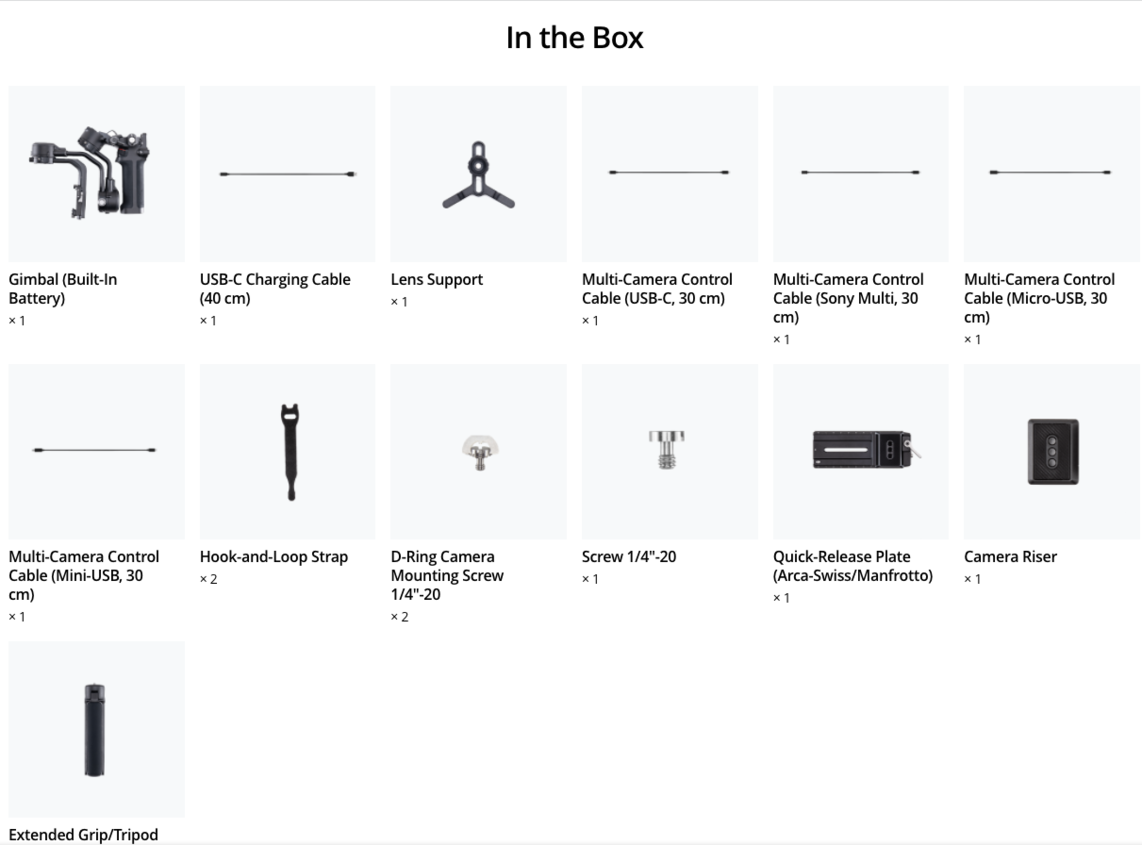